At MMCS, we recognize that student leadership is one among the most beneficial extracurricular talents a child can develop in school-level. We also lay emphasis on the fundamental qualities the students develop within the school, and also on how they contribute to the community.

The Student Council at MMCS is a student governing body comprising of 20 members and 40 volunteers from classes IX and up. The student council is formed after an election process, where they are first nominated and elected by students. The students are finally elected after a screening process by the school based on both their academic and extracurricular involvement, as well as their qualities like handling responsibilities and general conduct.

Their duties and officially invested upon them in an Investiture Ceremony conducted after the elections in the month of July. Their duties primarily include helping to organize school functions, sports and cultural competitions, maintaining school discipline at all times, and maintaining their house-wise display boards appropriately. 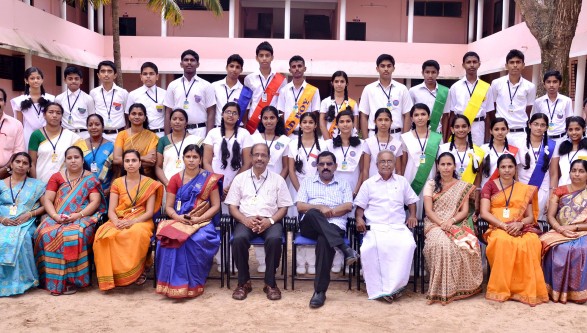 The council works in close association with the school faculty to provide the best experience for students in the areas of academic and extracurricular activities.

Please fill the form and we will get back to you